[LISTEN] @OyabunSunGod – All I Need

A Very Urban Christmas: The Playlist

I’m Every Woman: A Playlist Dedicated to the Bad Ass Women Making the World Go Round

Top 5 Albums For The Culture of Summer ’17

When Tuesday, November 8th pulls up on me, I won’t be excited to go to the polls. Many people should expect me to be excited, considering this is my first major Presidential Election that I am taking a part in. I wish I were excited to vote either Democrat, Republican or any other Third Party Candidate. The honest truth is, this whole entire 2016 campaign has made me want to place November 8th in a bag of rice. From the nightly television drama that appeared on our television called the Presidential Debates, it’s not who is prepared with a platform to holistically lead America, it’s more of who can interrupt, banter, and be the bigger person.

Honestly, it is Trump’s consistent bigotry, sexism, false perception of reality, and stubbornness that continues to propel him to a level of invincibility. Clinton’s antithetical approach to Trump’s attacks by using the groups of Trump’s attacks as a political advantage is growing as the “candidate to vote for.” However, this approach is deadening the momentum she should have as November pulls closer.

As a Black Millennial, I find it very hard to see that both Presidential Candidates have a good idea of how Race Relations plays into all of the other important matters that affect the country we live in. And that fact alone bothers me to no end. The only articulate, understanding voice in this area is Tim Kaine, the running mate to Hillary Clinton, who has been seen in the past pandering for the Black and Brown vote. Funny how that works, eh? 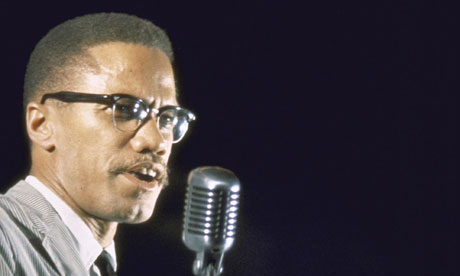 Looking at Malcolm X’s speech in “God’s Judgment of White America” has transcended time and has made November 8th a huge struggle for me as a Black person in America; “The white liberal differs from the white conservative only in one way. The liberal is more deceitful than the conservative. The liberal is more hypocritical than the conservative. Both want power, but the white liberal is the one who has perfected the art of posing as the Negro’s friend and benefactor, and by winning the friendship and support of the Negro, the white liberal is able to use the Negro as a pawn or tool in this political football game. Politically the American Negro is nothing but a football, and the white liberals control this mentally dead ball. Through tricks of tokenism and false promises, and they have the willing cooperation of Negro leaders. These leaders sell out our people for just a few crumbs of token recognition and token gains.”

And let us not forget the lewd, rambunctious, inappropriate comments that Trump has made towards marginalized groups of people that have not eliminated his campaign, but have made it that much more invincible. Truly America, I don’t want to vote on November 8th. Honestly, as much as one can guilt trip me into going to the polls, honestly, the two main party candidates have made November 8th dreadful rather than exciting, and ready for electing the next leader of the Free World.

However, the Third Party candidates are on the ballot, and even though it is a minuscule possibility they will win any states in the Electoral College, you can say that November 8th was less of a struggle by not voting against your will with the two main-party candidates. Maybe we struggle on November 8th because we are about to say goodbye to our first black president that America came to finally love and appreciate. Well, the saying goes, “You don’t know what you had until it leaves you”; Honestly, I wouldn’t blame Obama if he never wants to step into the limelight after how this election has been tied into him running a “third term.”

November 8th, are you excited, or are you ready to get this over with? Sound off with your comments below!

Joseph Strong is a current student at American Baptist College studying Theology with a minor in African American Studies. He is the current president of the ABC affiliate chapter of the Southern Christian Leadership Conference, that promotes activism, and education to instill its members to change communities marginalized by systems of oppression. He is the founder and creator of Ministry Buzz, a blog site that highlights justice through ministry projects. You can follow him on Twitter @jstrae.
Twitter

Top 10 signs from the #WomensMarch

The Life and Times of a Confused Black Millennial Voter