Painting With A Passion

A Tribute to TMNK: The Man Nobody Knows

A Very Urban Christmas: The Playlist

As the holidays are quickly approaching, we will soon say goodbye to yet another year. As we look forward to a prosperous 2017 full of new adventures and opportunities, we cannot forget the memorable moments we had this year. Although many of these topics can be considered huge sore spots, let’s take a look at the twelve most memorable moments of 2016.

I don’t even know where to begin with Kanye for 2016. From his dozens of rants on stage during his Saint Pablo Tour, to calling out good friend Jay-Z, Beyonce’ and Kid Cudi, to his social media spurts, to having a mental breakdown, to announcing his full support of president-elect Donald Trump, to dying his hair platinum blonde, I think its safe to say he’s had a very eventful 2016. Whether you’re fond of the “Old Kanye” or “New Kanye” – I have no clue what the new-year will bring for Mr. West.

In true Kardashian fashion, she’s known for her strong social media presence and all her flashy diamonds, jewelry and couture outfits, but all of that came to a halt when the reality-star was robbed of millions in jewelry in her Paris, France home. To this date, Kim still has not many an appearance back on social media and has rarely been seen in public. I wonder if this will change in 2017?

If you haven’t caught HBO’s original series “Insecure” yet, I suggest you go binge watch it NOW! Seriously, you can use my log-in info. Issa Rae, creator of the Youtube web series “Awkward Black Girl” flipped through all leaps and bounds when she created the hilarious serious “Insecure.” It’s funny, relatable and so black! I love it! And to add on to Issa’s awesomeness, she received her first Golden Globe nomination for her first series!

Okay, excuse my mouth (and all caps) but I was beyond happy for American gymnast Simone Biles in this year’s Olympic games in Rio. She won the 2016 Olympic individual all-around, vault and floor gold medalist. Not to mention, she completely stole our hearts as she is the smallest and cutest gymnast ever. AND DID I MENTION SHE’S ONLY 19 YEARS OLD???

Remember when Beyonce’ performed “Formation” at the SuperBowl and made a bunch of conservative old white men and some law-enforcement organizations upset by her performance then she sold dozens of t-shirts and phone cases and other merchandise during her World Formation Tour capitalizing off their anger and her own name and slaying and being happily unbothered the whole time while doing so? Yeah, me either. 

Knuck if you Buck is an urban classic. A known hit in the clubs. Growing up, I remember hearing that song and immediately knowing that a fight was soon to going to break out. But it was still on so live, and I loved it. Then hear comes Zay Hilfigerr and Zayion McCall, the jiggaboos that created “Juju on That Beat” and ruined our lives forever. Like, what the hell is this? Now, kids will never know the rap classic “Knuck if you Buck” but JuJu. I am appalled. (Don’t tell anyone that I secretly Juju at home. Please.)

6. Those meesley grandkids that didn’t eat burgers with Papaw

Here’s a story that went viral and tugged on everyone’s soft spots, and even earned 6 children the imaginary “worst grandkids of the year award.” Pictured was papaw looking so sad and eating the dinner that he graciously prepared for his grandchildren. I just wish he had adopted me for the evening because those burgers looked delicious!

Remember when I mentioned those “sore spots” of this year? Well, here’s one for sure. I don’t think anything was more scarier than hearing that a shooting occurred at a nightclub called “Pulse” in Orlando, Florida that left 49 people dead. It was reported that the shooter pledged allegiance to ISIS before he was later killed by police in a hour long stand-off. This was absolutely terrifying and I continue to pray for the victims, their families and the LBGBTQ community.

Now, most of us can recognize a good gassing when we see one but that’s just in the list of duties of being a good friend, right? Completely overused and caught on video in his all white vans, America witnessed the most exaggerated (and funniest) gassing in history. This even landed them a spot on Ellen’s talk show. Now join me for one last time for the culture, “DAAAAAAAMNNNNNNN DANIEEEEEELLLL!”

So we all know that white people (and PETA) love their animals, but I have never seen an outrage like the one I saw when the gorilla, Harambe, was killed at the Cincinnati Zoo. The Cincinnati Police announced to the public that killing this gorilla was the toughest decision they have ever had to make. As comedian Dave Chappelle said in his SNL skit, “Well you’re about to see a bunch of n*ggas dressed in gorilla costumes now!” One time for Harambe ya’ll – RIP.

Think back to where you were, what you were doing and how extra you reacted when it was announced that Michael Jackson has passed. Now add to that intensity times 10 when America found out that Prince, the eclectic musical innovator, had passed. I know I was stunned! Now with him gone, who will we look to for the infamous shady facial expressions at award shows?!?

I don’t think a single person will deny that this year’s presidential election was probably the worst election America has seen to date. During each presidential debate, it felt as though we were watching the latest episode of “Love and Hip Hop” as messiness continued to top each debate, from Hillary Clinton’s infamous “emails” to Donald Trump’s sexual scandals. On November 4, 2016 – America spoke and announced Donald Trump as on new president. All I have to say is God Bless us all… 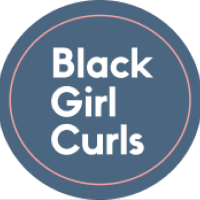 #HeySis: Nadirah Simmons of The Gumbo